Masako (Japan), Stephanie (USA), Sten (DK) at a bbq we were all invited to at another studio.

Egle and Christin at the bbq – waiting for some bubbly to pop, I think! 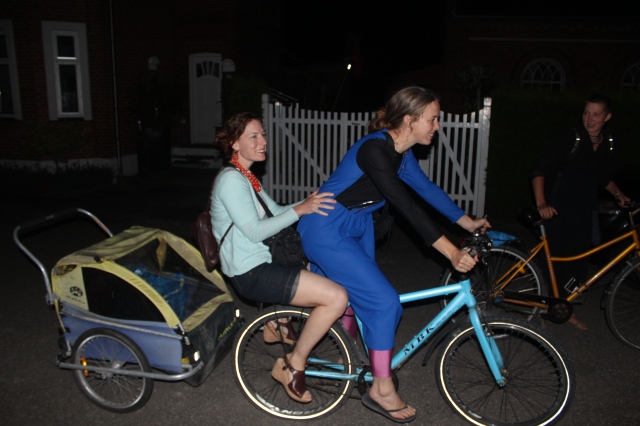 Me in my studio space, doing what I do best: making rectangles. 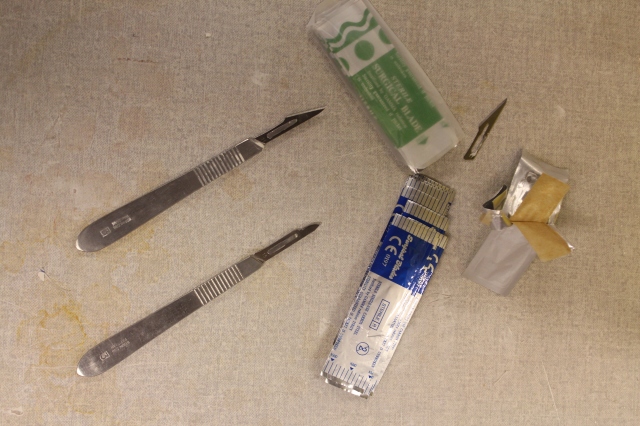 My Favorite Tools. Several months ago I repeatedly complained to my friend Lauren about how dull my studio knives were. Finally she said, “I just don’t understand why you don’t go on Amazon and buy some disposable scalpels.” Huh. I actually hadn’t thought of that! Now I can have a brand-new blade every day if I want to. I LOVE it! The handles were about 3 bucks each, and I think the blades (I like nos. 11 and 15) come out to a few cents a piece. Maybe the best money I’ve ever spent. Way cheaper than x-acto… 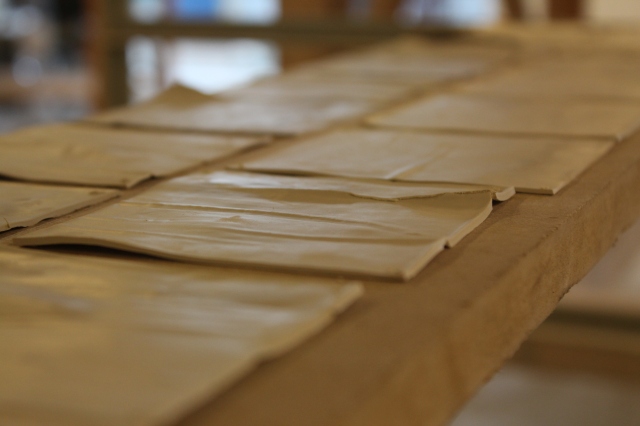 I’ve decided to do an outdoor installation in the garden. I did the math today and I think I need 388 of these squares. So far I have 42. 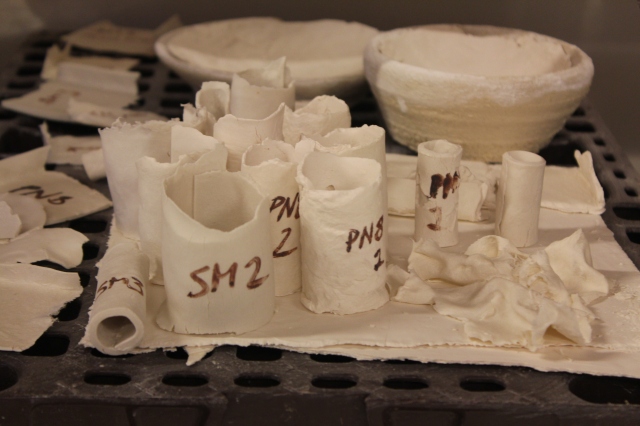 Some of my recent castings (unfired). 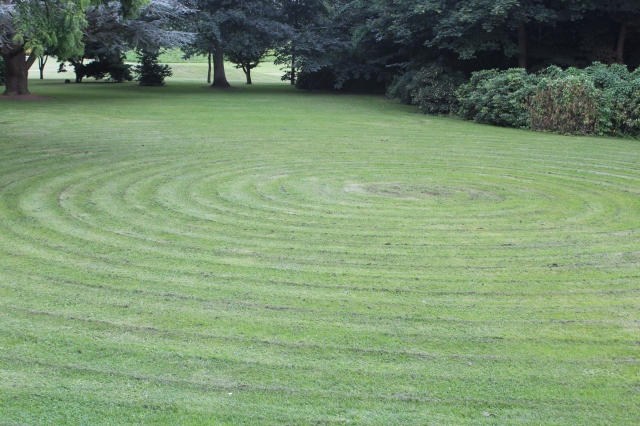 This is how they mow the lawn in Denmark. (It’s also where I plan to put my installation up for a few days.)

One of the many trays of sushi Hiroe prepared that night.

Christin’s family came for her birthday, which was a couple of days ago. Her kids decorated the cakes. Cute!

Egle with some of Christin’s birthday cake. 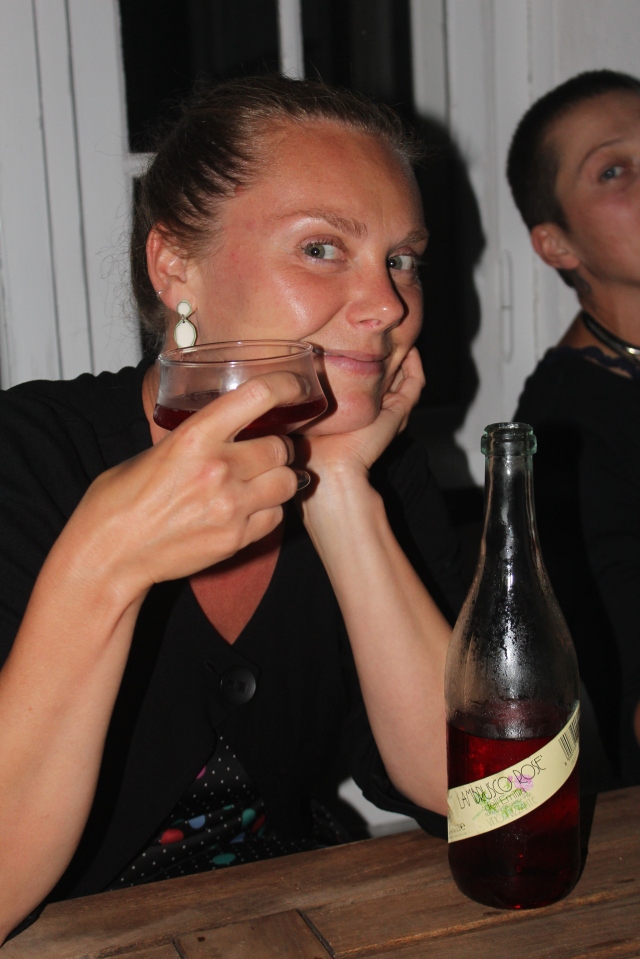 Cat named Steven who likes to hang around Guldageraard, even though he has a family down the street.

Eating ice cream at the harbor. 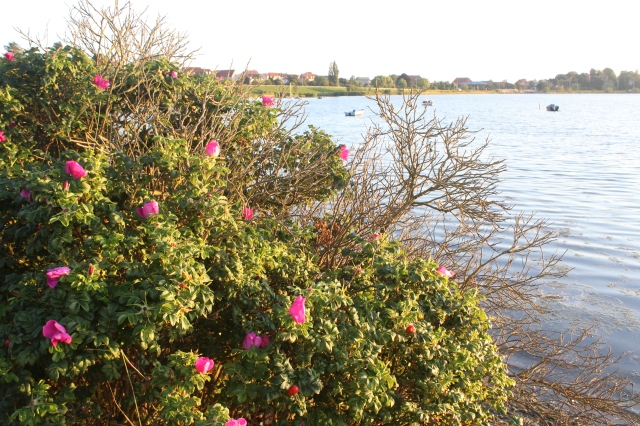 There are lots of rosebushes around town and near both bodies of water. I picked some rosehips and am going to have them in tea tomorrow morning. They remind me of the time Lauren and I picked them at West Island while Piggy the dog went crashing merrily through the bushes, chasing all sorts of other creatures. 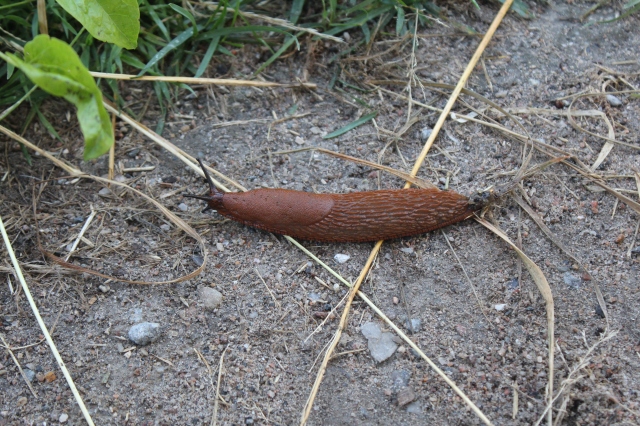 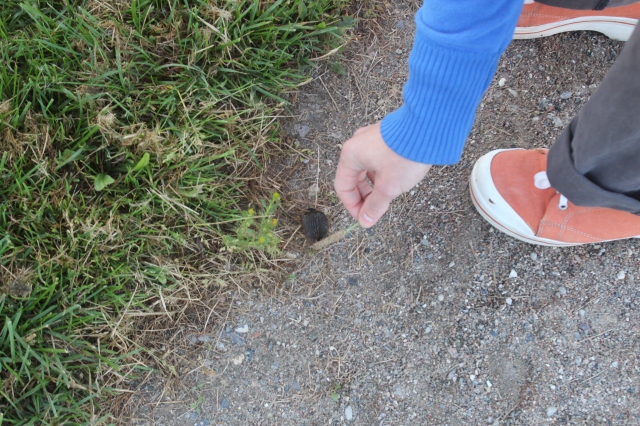 The slugs curl up into little balls when touched. 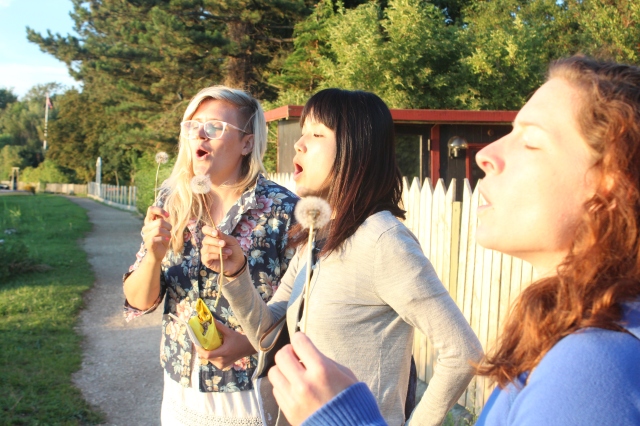 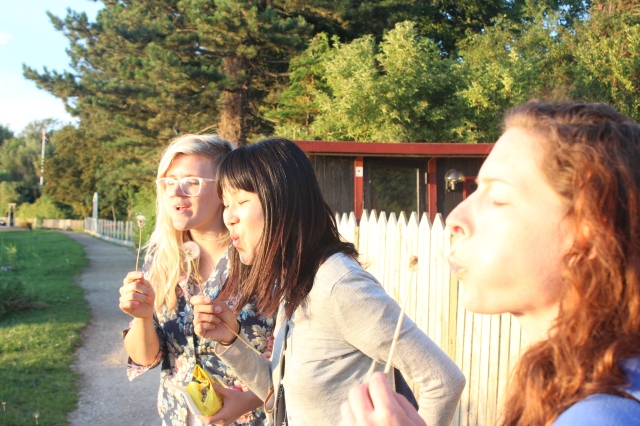 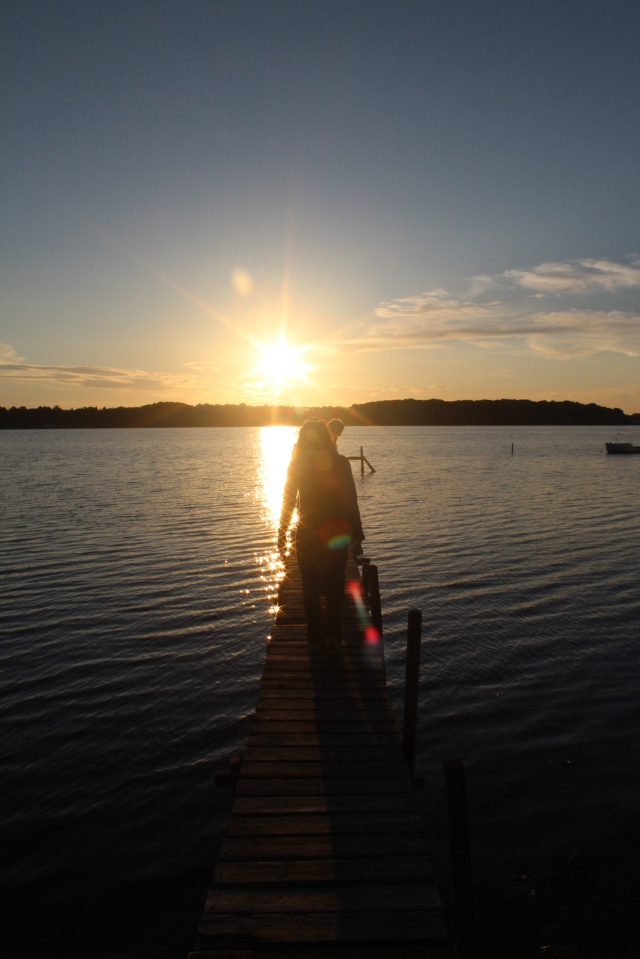 Walking out on a pier at the lake.

Stephanie, Masako (Japan), Rachel (USA) on an after-supper walk to the harbor and a nearby lake. 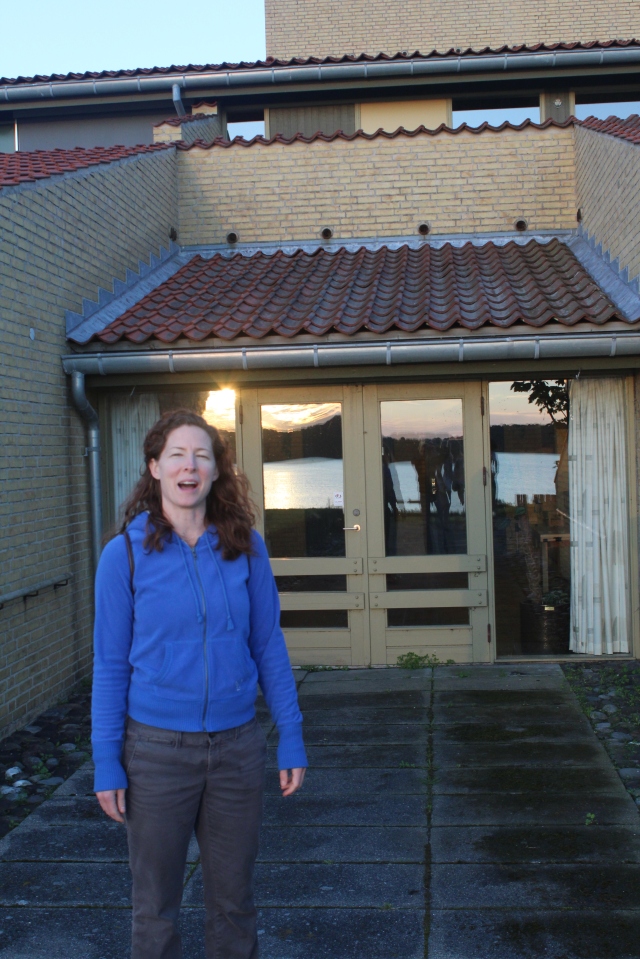 When we wanted to get back to the road after walking along the lake, trying to find a way through/around this building proved to be a little difficult. We thought it was an apartment complex and we could just walk through these doors and out the other side, but the building turned out to be a nursing home. Whoops! (We went the long way around.)